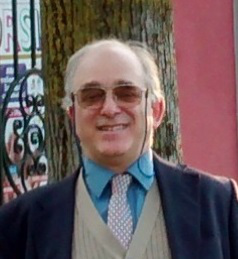 Tim Sluckin is 65 this year and to mark his numerous contributions to Liquid Crystal Science and History there is to be a two day meeting at the University of Southampton on 30th and 31st August, 2016.

This is entitled: Liquid Crystals, Life and Languages, and other mathematical interdisciplinary studies: Tim Sluckin at 65

Further details can be obtained from here.

ILCS Honored Member, John Goodby is to receive the 2016 Royal Medal of the Royal Society in recognition of advances and discoveries of new forms of scientific matter and materials, particularly in the field of Liquids Crystals.

Commenting on his recognition John said: “I am overwhelmed to receive the award of the Royal Medal of the Royal Society.

“Firstly, the successes of my research, particularly in the field of Liquid Crystals, would not have been possible without the support of my brilliant staff, students and academic and industrial colleagues, many of whom have worked with me for over the past 20 to 30 years. I am also greatly appreciative of the support I have received over the years from the Engineering and Physical Research Council, The Defence Research Agency, the Leverhulme Trust, Merck KGaA, and Kingston Chemicals Ltd.”

“Secondly, when I read about the details of the medal, which dates back to 1826, and saw the list of the past winners, I was surprised by how few chemists there were, and yet how many of them were household names in chemistry. That I should be associated with such chemists is daunting and yet humbling!”

John studied for his doctorate in liquid crystals at the University of Hull before moving to the world renowned AT&T Bell Laboratories in 1979, where he became Supervisor of the Liquid Crystal Materials Group. After nearly ten years in the USA, he moved back to the UK and became Head of the Liquid Crystals and Advanced Organic Materials Group, and subsequently Head of the School of Chemistry at the University of Hull. He is now Emeritus Professor of Materials Chemistry at York, where his research is focused on nano-structural engineering of materials through directed self-organization and self-assembly for applications in various devices.

The Royal Medals date back to 1826, when two medals were created by King George IV. In1965, the system was changed to its current format, in which three medals are awarded annually by the Monarch, on the recommendation of the Royal Society Council. Since its establishment the medal has been given 405 times, with recipients such as Faraday, Darwin, and Dirac receiving the award. Other recipients of note from the Liquid Crystal community include Cyril Hilsum and Sivaramakrishna Chandrasekhar.

A number of John’s more recent papers are free to download, with articles covering the liquid crystal properties of glycolipids, supermolecules, Janus, boojum, gold and QD particles, complex systems, to even asking the question, “What Makes a Liquid Crystal?”.

John was also recipient of the Freederiksz Medal of the Russian Liquid Crystal Society earlier this year.

Merck has a new initiative to encourage young entrepreneurs in liquid crystals. Applications open from 4th July 2016 to 28th August 2016 with up to 50,000 USD available per successful applicant. The website can be located here. Further information in the poster and booklet is available.